Applied Kinesiology (AK) is an examination system that augments a doctor’s standard examination with the evaluation of structural, chemical and mental aspects of health. It began when a chiropractor, Dr. George J. Goodheart, Jr., found a technique that could immediately make a weak muscle strong. From this initial experience, testing muscles in a precise manner became routine in his examination protocol. He called the system Applied Kinesiology.

Kinesiology is the study of the anatomy, physiology and mechanics of body movement. Applied Kinesiology makes use of these basic sciences in evaluating health. It was soon found that all muscle weaknesses did not respond to the initial technique. Investigation of other causes of muscle weakness and their correction developed into what is currently the practice of kinesiology.

The Triad of Health AK stresses that there are three factors forming an equilateral triangle that must be kept in balance to maintain health: structural, chemical and mental/spiritual – a triad of health. If one or more sides of the triad become deficient, diminished health results. Failure to correct the deficiency causes further imbalances; eventually all three sides of the triad become involved and there is further decline in health.

Depending on a doctor’s background, education and general interest there is a tendency to concentrate on one side of the triad. Although this approach may improve symptoms, it often leaves important causes of the problem undetected and uncorrected.

Structure. In medicine the orthopedist, manipulating osteopath and physiatrist dominate the structural side of the triad. In natural health care, chiropractic is the major healing profession that deals with structure.

Chemical. This side of the triad has been dominated by the allopathic medical physician who attempts to control body dysfunction with drugs. In natural health care there is an interest in the chemical aspect of health by nutritionists and health food providers.

Mental/Spiritual. Today it is more common for doctors to prescribe medications to control the mental side of the triad. Counseling either by a psychologist or minister is the usual approach without drugs.

Some doctors try to affect other sides of the triad with their area of specialty, such as an allopath using muscle relaxants and pain killers for a backache rather than correcting the structural cause of the problem. The ideal approach in applied kinesiology is to find the side of the triad that is adversely affecting health and use the tools necessary to make the correction.
All sides of the triad of health should be considered in every examination. 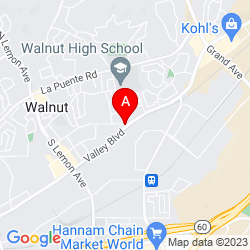